You're looking at our series of DRPS black rubber castors. Made from a black rubber tread on a red plastic centre, these castors are suitable for a wide variety of applications such as warehouse trolleys and dolleys. They come in five different styles including, swivel, fixed, braked, bolt hole and bolt hole braked as well as five different wheel diameters which include 80mm, 100mm, 125mm, 160mm, 200mm. The smallest of these castors with an 80mm wheel diameter is capable of supporting loads of up to 60kg per castor and the largest of the set coming in with a 200mm wheel diameter is capable of supporting loads up to 205kg per castor!

It's important to remember that when working out the total load capacity you need over a set of castors, that you only divide the overall load over three castors rather than the full set of four. We say this because of issues such as uneven load, uneven floor or if one caster were to fail it wouldn't damage the remaining three. 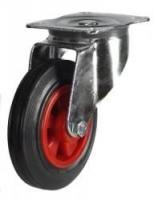 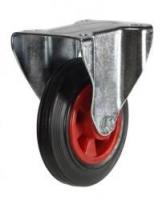 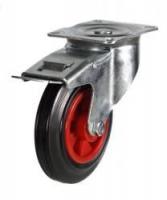 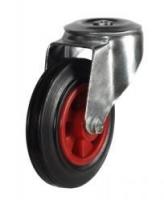 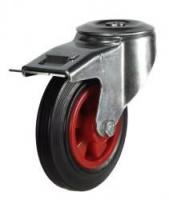