You're looking at must be one of our most widely spread castor yet, I've seen this castor used in so many different applications it's unreal. Made from a non-marking grey rubber and a load capacity that is honestly pretty impressive for it's size and cost, it's understandable why these non-marking castors have become so popular! They also really just blend in to most applications and become a part of it.

for example, if you're making a piece of display equipment or replacing the castors on your trolley and either of them are going to be used in a public space such as a hotel lobby or a restaurant then you're not going to want your nice floor all scuffed up with black marks all over it. That's where they grey non-marking rubber castors come in. They'll give you similar properties without the marking.

if you're unsure whether or not this castor is correct for the applicaion you intend on using it for, then please feel free to give our sales team a call who will be more than happy to assist you in finding the correct castor. 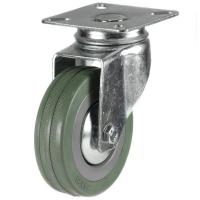 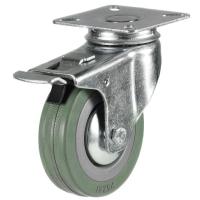 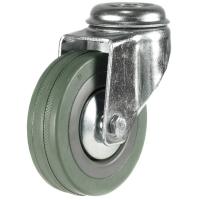 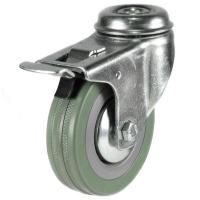