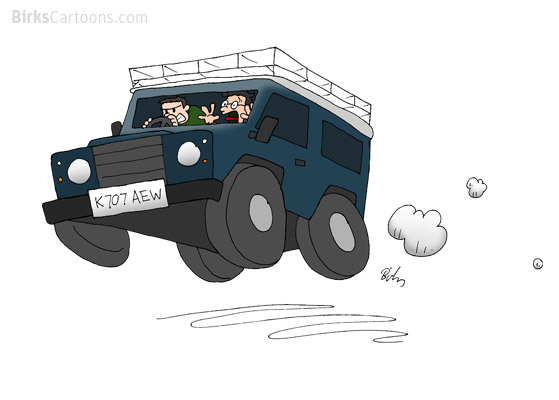 When things look bad there is always some light down the tunnel if not at the end. Jaguar and Land Rover have revealed that there is a boost in engineering skills in the Midlands region and that, as a consequence, 800 more jobs will be created. Just like a wheel everything eventually goes round in a circle. Car companies have greatly strengthened their production methods over the years but still use wheels and castors in and around the plant. These will be used on trolleys having as a rule 2 fixed castors and 2 swivel castors. For added safety the castors can often be braked. JLR are owned by their Indian Masters, “Tata Motors”, which in the best evidence to show that success can come from collaboration with many different cultures. In India the ubiquitous use of their 'phut-phut' for transport in their streets is a scary picture. Being virtually a motor bike pulling a cart on two wheels with hooded covering and little in the way of a highway code has put the fear of fears in to tourists or visitors to the country. Many end up in hospital carried in on trolleys on 2 fixed and 2 swivel castors and then when available move to a bed having very complicated bed castors. Whether accidents grew by the same amount is not known but Land Rover sales grew 36% in 2012 with the top five markets being China, UK, USA, Russia and Italy while Jaguar sales were up 6%