Introducing our range of heavy duty fixed castors from our NGRPTRP series of castors. These castors are made from an orange round profile polyurethane tread on a cast iron core. All housed neatly in a black fabricated steel bracket.
There are three sizes available i this series being, 125mm, 150mm and 200mm. The load capacity increases depending on the size that you have chosen for example, the 125mm diameter castor can support loads up to 400kg per castor, the 200mm castor can support up to 800kg per castor and finally, the castor in the middle with the 150mm wheel diameter can support loads up to 650kg per castor!

If you've looked at some of our other heavy duty castors, you may have noticed that i mention how aesthetically pleasing i find them! This iss obviously my own opinion and i suppose i could be bias as i work for Atlas Handling but i really honestly do find these castors visually appealing. I know that the overall look of the castor is not always going to be the deciding factor on whether or not the castor is the right one for the job and overall, i guess for a lot of people it may come pretty low down on the list however..... You would probably be suprised if i told you there are people out there where the look of the castor is actually quite important! Picture this, You work for a company that makes shop fitting equipment, point of sale displays or retail equipment for example, you're obviously going to be selling a product and you're really going to want that product to look as good as possible, so why would you spend all that money on making something, just to put second best castors on? Castors like this on the bottom of a piece of display equipment would just finish off the look completely and they are an extremely good value for money heavy duty castor. 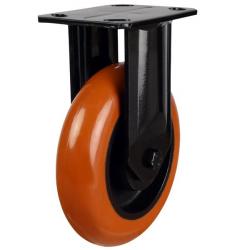 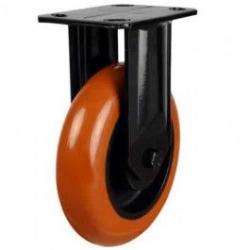 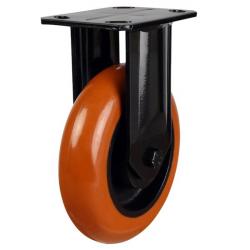