This heavy duty castor is just one of those castors that keeps on giving. Available in four different wheel diameters ranging from 125mm all the way through to 250mm the largest of these swivel castors is capable of supporting loads of up to 1200kg per castor.

Just for your own reference, when you're working out the overall load capacity that a particular set of castors can take, it's always important to take into account that you work out the overall load a set can support over three castors and not the full four castors.
For example, we've mentioned that the 250mm heavy duty swivel castor in this set can support loads of up to 1200kg per castor, That would not however make a set of four of these castors support 4800kg, The overall load capacity for a set of four would actually be 3600kg.

If you're ever unsure about anything or would like help in working out the load capacity of your application our sales team would be more than happy to help. 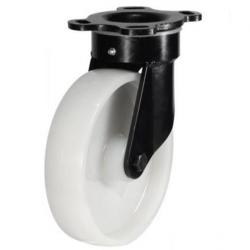 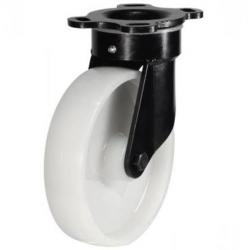 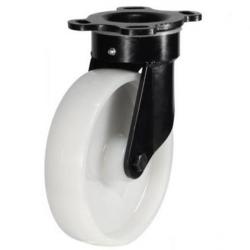