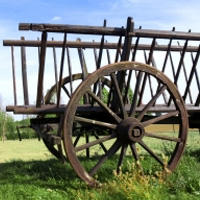 There is much talk of what people will have in retirement by the present government. That could well be re-tyre-ment and just like a wheel, everything that goes round comes round. Wheels and castors will be used in the environs of parliament to move around the reams of paperwork that will accompany the act of determining how much people will be capped at when paying for nursing home accommodation. In that accommodation, wheels and castors will of course be used in the various rooms and wards. The beds in use will have a mixture of single swivel castors and bed castors. They will not be retired, however they will sometimes be re-tyred and indeed there will be a need for replacement bed castors, replacement single castors and replacement rubber tyred castors in use throughout any nursing home.

Retirement has also been declared by the Pope leader of 1.3 billion Roman Catholics throughout the world. This is most unusual and has not happened since 1415. Now 1415 was also the year that Henry V and his army fought a famous rearguard victory at Agincourt. That was a long time ago but they would certainly have been using wheels of all sorts. The standard method of transport in the early 15th Century was by horse and horse pulled carts running on large wheels and smaller wheels, mostly for transport provisions. The great invention of materials in the 20th Century which has given us polyurethane wheels and castors and rubber tyred wheels and castors was much too late for Henry V, who would no doubt have given a suit of armour for some rubber tyred wheels.

Sorry, but you must be a member of this site to add a Comment on this Blog Post.