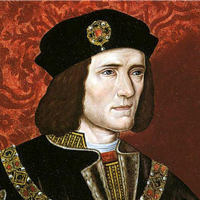 Local authorities very often have a need for wheels and castors for trolleys. They have all sorts of civil engineering work on roads and other sites that are also in need of wheels for wheelbarrows. Equally these activities will also every so often require replacement wheels and castors which might come in rubber solid tyre form or pneumatic tyre form. Trolleys will often be better with hardwearing polyurethane tyred wheels. It is any of these items, which will be in use when the authority builds houses, clears land and perhaps subsequently builds car parks. Now the only thing most of us get out of car parks is a parking fine, until now! The University of Leicester and its archaeological department also have a need for wheels and castors for trolleys and wheels for wheelbarrows because they are doing very closely related work to the local authorities.

Under a car park with an old brick privy they have unearthed a skeleton, which is now proven to be that of Kind Richard III. In 1483 he divided opinion greatly and after only 2 years was challenged for power for that in what it is all about, by Henry Tudor. Ultimately in 1485 they met in battle on Bosworth fields and battle in those days – any days! – was gory, bloody and fought on foot or on horses. There were no tanks or vehicles with pneumatic rubber tyred wheels. When Richard spied Henry almost alone he seized a chance and galloped down to end it. He was himself killed and Henry became Henry VII. The great Shakespeare wrote a famous play on Richard III and as the King was unhorsed famously offered everything for another horse. If the great bard was writing now would he have used the language of the modern young and had Richard explain, “Wheels, wheels, my Kingdom for some wheels?

Sorry, but you must be a member of this site to add a Comment on this Blog Post.