Blog › Information › What comes around, goes around! 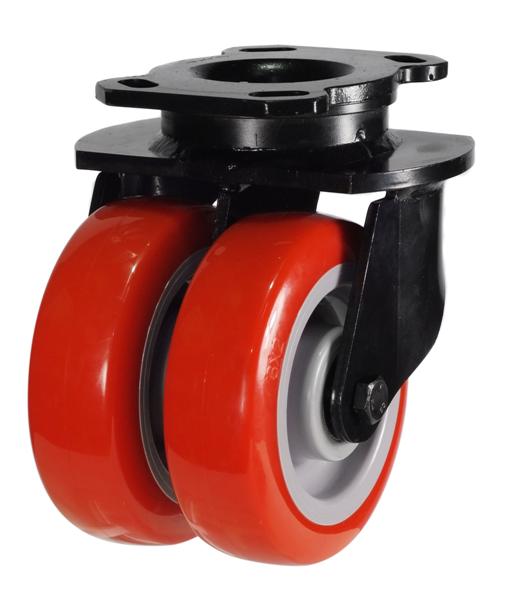 What is a swivel castor?

A swivel castor incorporates a wheel mounted to a fork, but an additional swivel joint above the castor fork allows the castor legs to freely rotate  360°, this allows the castor to swivel in any direction. This makes it possible to easily move the trolley etc. in any direction without changing its orientation. Swivel castors are sometimes attached to handles so that a user can manually set their orientation, in combination with a fixed castor.

When in motion along a straight line, a swivel castor will tend to automatically align to, and rotate parallel to the direction of travel. This can be seen on a shopping trolley when the front castors align parallel to the rear castors when traveling down an aisle. A consequence of this is that the vehicle naturally tends to travel in a straight direction. Precise steering is not required because the castors tend to maintain straight motion. The castor rotates parallel to the turning radius and provides a smooth turn. This can be seen on a shopping cart as the front wheels rotate at different velocities, with different turning radius depending on how tight a turn is made.