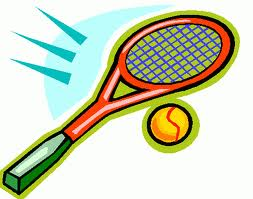 Wimbledon and castors were part of the Olympics and hosted in London. The 2012 summer Olympics saw great castor success. And for the first time in years a Brit won something at Wimbledon and the huge factor was the retractable roof on centre court using castors. The retractable roof on castors, installed in 2009, takes up to 10 minutes to close and runs on castors. During this time play shall be suspended while the castors do the job. However the time to transfer from outside to inside play can be up to 45 minutes while the air-conditioning system acclimatizes the nearly 15,000-seat stadium for indoor-grass competition.

Rain delays can be pretty irritating for tennis players and fans alike. Wimbledon is particularly subject to the poor of British weather, and matches are often played in fits and starts. castors Remember 2011 epic Wimbledon final? Rafael Nadal dethroned five-time Wimbledon winner Roger Federer in four hours and 48 minutes; the battle was the longest men's championship match in Wimbledon history, no thanks to two frustrating rain delays.  Weather delays inevitably affect the quality of tennis, especially when players are on the court for mere minutes and are then forced to take a break until the following day. Who really wants that? castors do not