You're looking at our range of black rubber fixed castors from our LMHRT series of castor.
Made from a black rubber tread on a cast iron core all wrapped up in a fabricated bracket! Available in with four different wheel diameters that include 100mm, 125mm, 150mm and 200mm. Obviously with the increase in wheel diameter the total load capacity of that castor increases as well, for example the 100mm castor in this particular style and series can support loads of up to 200kg where as the largest castor in this particular range and series being 200mm can support up to 500kg per castor.

The black rubber tread on these castors make for a much smoother and quiet ride yet the strength and durability of its cast iron core. This is particularly good if noise is an issue. A black rubber tread though can cause black marks on certain flooring which isn't always ideal for some people. If marking is an issue then we would recommend a grey rubber tread rather than a balck rubber.

Please bare in mind that rubber castors over time can also develop flats if they are left stationary for long periods. 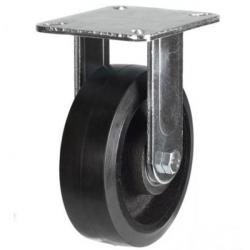 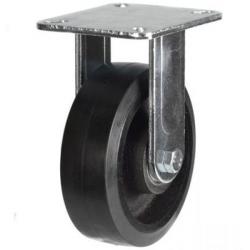 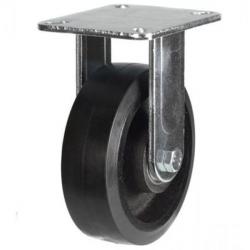 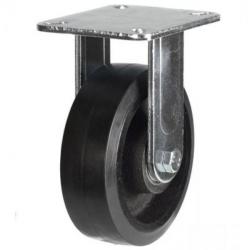