You're looking at our black rubber on cast iron braked castors from our LMHRT series of black rubber castors.
Suitable for a wide range of applications these castors can take some serious load for their size! As with all of our castors, They're built with quality in mind and how best their can serve their purpose.

Made from a black rubber tread on a cast iron core, these castors are assembled neatly into a fabricated steel bracket with sidebrake.
Available in four different wheen diameters that includ 100mm, 125mm, 150mm and 200mm. As the wheel diameter increases so does the load capacity of the castor (as you'd expect)
For example, The 100mm black rubber castor being the smallest in this particular style and range can support a total load capacity of up to 220kg, Where as the largest castor in this particular style and series being 200mm in wheel diameter can support loads of up to 500kg per castor!

It is important to remember though, if you're buying a set of these, for example a set of four you must remeber to work out the total load capacity you need and then when you come to work out the total load a set of castors can support you must remember to only divide the total load by three and not the full four. So, if you took the largest castor in this particular style and range it's 200mm in wheel diameter and can support 500kg, Naturally you would assume that a set of these can support 2000kg, It would actually be 1500kg per set though. We say this for a variety of reasons but the main couple for example would be if they were to be fitted on a trolley, the user could be loading much more of something on the front of the trolley and not putting that much on the back, this causes un-even weight distribution and the castors at the front of the trolley could actually be taking way more of the load then they were originally designed to ever take. This obviously could then cause them to fail! 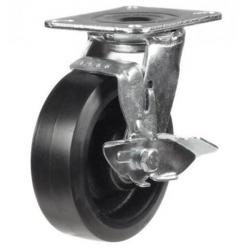 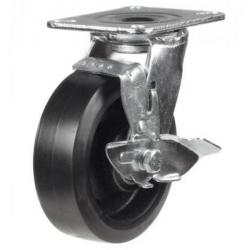 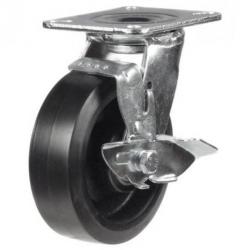 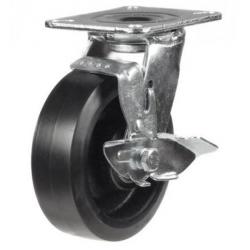