Blog › Information › The Adventures of Tonka the Trolley - Chapter 8 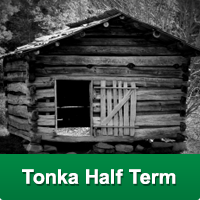 School might have dragged a little on the last day of term, but the teachers were well up to amusing and interesting the children in various activities. Bobby and Shane took part in races involving wheelbarrows from the gardener’s shed and some scooters which the children propelled with one foot while resting the other on the platform. They both became aware of the large pneumatic tyred wheel on the wheelbarrow and the 75mm diameter solid rubber wheels on the scooters. Some had 2 wheels, fore and aft, and some 3 wheels with two at the rear for stability. Something like these were needed for Tonka’s wellbeing.

At her school, Elizabeth was playing her violin in a school orchestra and noticed the two trolleys on castors that were used to move about the timpani drums and the tuned percussion instruments. It seems they could steer these since she noticed the two at the front were swivel castors while the two at the back were fixed. They all had this red polypropylene tyre covering.  Elizabeth could now pronounce this properly because, of course, she went to a private school...!

Sharon, meanwhile, in the lower reaches of the school where Bobby and Shane went, was playing various games and skipping vigorously but noticing, with some envy, the boys racing the wheeled barrows and scooters. William, at his senior school, was busy thinking about the coming 6 weeks holiday and what the six of them could get up to. Yes there were 6 because Tonka the Trolley was an important member of the gang and they went nowhere without him.

William was awakened from his reveries when a great cry went up of ‘catch it’. His cricket team mates were not best pleased that he dropped it! Term finished, they all made their separate ways home to eat and drink and stash various goodies in bags for the gang. Later they met at the allotment shed all excited for the coming weeks.

Tonka however was a sad looking trolley with his front offside wheel now completely removed. He could only limp along and he feared that he might not be able to take part in all the coming excitement.

The Goolee Gang had other ideas...